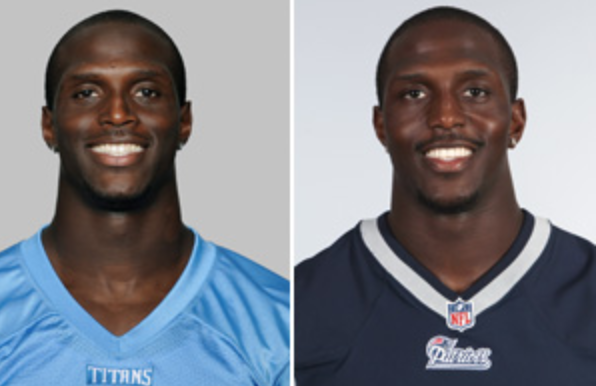 Just over a month after a tragic bus accident, in which 16 of the 29 passengers died, the Humboldt Broncos announced they will participate in the 2018-2019 Saskatchewan Junior Hockey League. To rebuild their roster, the team plans to host 80 prospective players, by invitation only, at a multi-day camp. The Broncos have also begun the search for a new head coach and general manager to replace Darcy Haugan, one of the individuals who died in the April 6th accident.

For the first time in at least ninety years, twins play for the same NFL team. Twice. Shaquem Griffin’s recent draft to the Seattle Seahawks reunites him with Shaquill, his twin brother who made the team last year. Cameras caught their emotional embrace upon learning the news, a scene that quickly became one of the highlights of the 2018 draft. And then there are the McCourty twins. With Jason’s trade to the Patriots back in March, he and Devon now both play for New England, an announcement the brothers made on their joint twitter account. If the twins make their respective team’s 53 person rosters it could make for some on field magic, as well as comical pre/post game moments. Because both sets are actually identical, we could see more hilarious switcheroos, like the prank the McCourtys’ played on Bill Belichick a few years back. In fact, they’ve already tried to pull a fast one on Patriot reporters during a recent press conference.

Tiger officially returned to the pro tour back in December when he entered and played in the Hero World Challenge. The last time he’d teed off in a tournament was February of 2017, a solid ten months earlier. No one quite knew what to expect, with many fans questioning whether we’d seen the last of Mr. Woods. After a 2nd round score of 65, excitement skyrocketed and golf enthusiasts started to believe he still had some magic left. While Tiger has yet to finish in the top two, we’ve begun to see flashes of his former self. This past weekend, in the Players Championship, Woods moved into a tie for third after numerous birdies throughout Saturday and Sunday’s rounds. It looked as though this could be his tournament but, unfortunately for Tiger fans worldwide, Webb Simpson’s -18 just proved too good to beat.

Featured Female – Babe Didrikson Zaharias (Multi-Sport): Considered by many to be one of the most versatile female athletes in history. In the 1932 Olympics, Babe tallied gold in the 80 meter hurdles and javelin. What’s more, she finished second in the high jump too! Didrikson also earned All-American honors in basketball and took up golf later in life. She went on to win the Women’s Amateur title and is a three-time US Open champion.

Christian Wilkins (Football): The All-American defensive lineman for Clemson can now add another title to his impressive, national championship winning resume- that of substitute teacher. Wilkins opted to delay entering the NFL, and likely signing a multi-million dollar contract, to return to Clemson, finish his masters, and find what he called a “side hustle.” As many things start, with a need for money, Wilkins looked into teaching as an option. He met with schools, took all the necessary credentialing classes, and now subs as often as his training schedule allows. If that weren’t enough to earn your fandom, he can also do the splits.

Joe Hawley (Football): A former NFL offensive lineman who retired at the end of the 2018 season. After 8 years in the league, Hawley decided to seriously downsize, donating most of his possessions, moving out of his Tampa apartment and selling his Mercedes-Benz. In its place he purchased a Ford E-350 cargo van, a car he customized and now calls home. With his newly adopted pooch in tow, Joe travels the country, blogging about his experiences and explorations road tripping across the United States.

Things happens so quickly in professional sports that sometimes it is hard to keep up. Referees have the tough job of making big calls on plays that happen within the blink of an eye. For the most part, they do outstanding work. However there are times when a coach or manager might disagree with a call they make. In these instances, in some leagues, coaches can challenge, forcing referees to step to the side and review the play. This privilege looks different in each of the four professional leagues. This week’s Rundown will dive into the NBA’s and NHL’s challenge procedures so you’ll know what’s what if it happens in the playoffs.

Houston Rockets v. Golden State Warriors (Basketball): The most highly anticipated playoff pairing of the year and the list of superstar players set to face off feels almost endless – Harden, Paul, Curry, Durant, Green, Thompson, and those are just the starters….Considered by many to be the best two teams in the league, fans are left questioning why they aren’t actually meeting in the Finals. As it currently stands, the the best team in the East and West battle it out for the championship trophy. But what if the two most deserving are in the same conference? For now, it simply makes for a great Conference Finals. The first game in this series is Monday, May 14th. Tune in at 9pm.

Stanley Cup Conference Finals (Hockey): Just as basketball narrows itself to the final four teams, so too does hockey. For the next week you can find a game on every night. The Washington Capitals, who finally moved past the Pittsburgh Penguins, play the Tampa Bay Lightning while the Las Vegas Golden Knights, continuing their unprecedented season, face off against the Winnipeg Jets. Tune in Monday, Wednesday, and Friday night to watch the Jets and Golden Knights. If you’re free Tuesday or Thursday you can cheer for either the Capitals or Lightning. Experts have weighed in on who will win it all and while more than half favor Tampa, there’s at least one person who thinks the other three stand a chance. If Winnipeg manages to bring home the cup it will be the first time a Canadian team wins since 1993 and would be the franchise’s first championship. The Golden Knights could be the only team to win in its inaugural season. Or, this could be Ovechkin’s first Stanley Cup. Plenty of good storylines to follow in these final few weeks!