Only a few weeks after the USMNT’s (United States Men’s National Team) soccer fiasco, Italy finds itself in a similar boat. For the first time since 1958, the four-time world champion Italian team failed to make it into the World Cup. Following a 0-0 draw on Monday, it was Sweden that moved on, shocking Italy and the entire soccer world. Referred to by the Italian media as the “apocalypse,” the catastrophe led to long time members of the team announcing their retirement and the coaches finding themselves under intense fire. The meme world certainly had a field day.

While it is common for those in the NFL to play through physical pain, this past Sunday Marquise Goodwin, a 49ers wide receiver, found himself playing through perhaps the worst emotional pain possible. Just a few hours prior to San Francisco’s game against the Giants, Marquise and his wife Morgan lost their baby son due to complications following premature labor. Goodwin caught an 83 yard touchdown pass in the second quarter, his first catch for six points all year and the longest play the team has had all season. You could see him signal to the sky and fall to his knees upon entering the endzone, clearly overcome with emotion. Marquise is known for his speed on the field (having actually competed in the 2012 Olympics in the long jump) and his kindness off of it. On numerous occasions Goodwin has taken time out of his day or practice to engage with fans, caught on camera giving a boy with brain cancer a motivational pep talk and game tickets to family he’d just met.

Featured Female – Aly Raisman (Gymnastics): A two-time Olympian and now author. In her book Fierce, released on November 14th, Raisman details her experiences at the hands of former team doctor Larry Nassar. She, along with McKayla Maroney, are just a few of the over 130 women who claim Nassar sexually abused them over the years.

Kristaps Porzingis (Basketball): A 7-foot-3, twenty two year old Latvian who is the new face of the New York Knicks. Ranking 3rd in scoring and 4th in blocks (during one play he actually had three blocks in a row), Porzingis  also  has eight games in which he has scored thirty or more points. His seeming unstoppability has led many to consider him an early MVP candidate. Despite Kristaps’ 20 points during yesterday’s game against Cleveland, the Cavaliers walked away winners, in more way than one. The team also won over fans when they decided to adventure underground and take the subway to the game.

David Poisson (Skiing): A French downhill skier who won bronze in the 2013 World Cup. Poisson died on Monday after crashing through safety nets and striking a tree while training outside of Calgary, Alberta. The skier was preparing for upcoming races in North America, with the hope of qualifying for the winter olympics in PyeongChang.  He was 35 years old.

Jared Goff (Football): Quarterback of the Los Angeles Rams, a team that has surprised almost everyone this NFL season. Having tallied 296 points in their first ten games, the Rams have already outscored what they managed to accrue the entirety of last year (224 points). And some believe they are on track to match (yes, exactly match) the scoring performance of the 1999 Ram’s team often referred to as “The Greatest Show on Turf.” There are definitely MVP conversations starting to swirl.

As promised after last week’s introduction to the rules of hockey, it is time to discuss infractions that lead to more serious consequences.  There are penalties that result in a player (or multiple) being sent to the penalty box and the opposing team gaining a man advantage on the ice. This is called a power-play. A minor penalty results in the offending player spending two minutes off the ice, whereas a major, considered more severe in nature, leads to a five minute advantage. While the list of infractions seems to go on and on, the most common minor penalties (2 minutes in the penalty box) are: 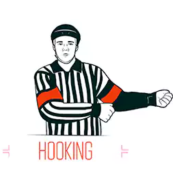 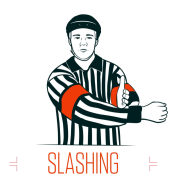 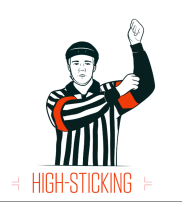 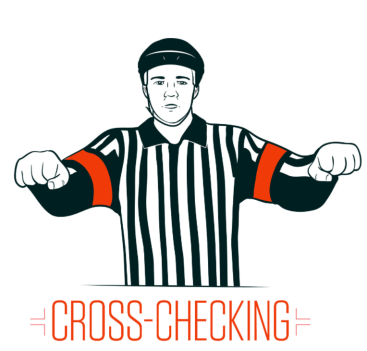 Hooking: When a player uses his stick to impede the movement of an opponent (essentially using the curve of the stick to grab a player).

High Sticking: When a player strikes an opponent above the shoulders with his stick.

Slashing: If a player intentionally swing his stick at the hands, body or stick of another player. Often called when a player breaks another’s stick using his own.

Roughing: Assessed when a player strikes another with his hand but does not engage in a full altercation (that would be considered a fight and result in a major penalty).

Cross-Checking: Called when a player has his hands spread shoulder width apart on his stick and strikes an opponent with the portion of his stick between the hands.

As previously mentioned, these infractions result in a two minute power-play. However, if the team with the man-advantage scores a goal during the two minutes, the power play ends early.

Pittsburgh Steelers v. Tennessee Titans (Football): Thursday night football has developed a bit of a reputation. That is to say, many, if not all of the players, hate it, including Steelers’ quarterback Ben Roethlisberger, who is set to play the Titans this Thursday. The Titans hold a surprising 6-3 record, with the Steelers at 7-2. Chances are Pittsburgh comes out on top. And while the matchup might prove less than exciting, the controversy surrounding the game itself is fascinating. The league sees Thursdays as a way to increase revenue and spread the influence of the game. However to the players, Thursday games mean shorter recovery times and more injuries. Case in point, nine Seahawks players got hurt during last week’s game, including Richard Sherman, who hasn’t missed a game since starting in 2011.

Philadelphia 76ers v. Los Angeles Lakers (Basketball): The two teams who had the top picks in the 2017 draft. The 6ers chose first and opted for Markelle Fultz, who has been out with an injured shoulder (which some link to his oft-criticized shot at the beginning of the season). The Lakers selected Lonzo Ball, who has been performing exceptionally throughout his rookie season. While it might seem as though Los Angeles won the draft competition, the 76ers, with players like Ben Simmons and Joel Embiid, are primed for the matchup. There even happens to be a history of social media trash talking between the Ball family and Embiid. Let’s see if any of that makes it’s way onto the court. Tip off at 10:30pm on Wednesday.

Tampa Bay Lightning v. Dallas Stars (Hockey): While the Dallas Stars find themselves middle of the pack, the Lightning have electrocuted the NHL thus far. Nikita Kucherov and Steve Stamkos are one of the most productive duos  in the league. One leads the league in goals scored, with 12, while the other in total points, having accrued 21 already (players earn points  for goals and assists). Hardly a game goes by without at least one earning a point. And if that wasn’t enough of a threat, Vladislav Namestnikov has already scored nine goals this season (after scoring only ten all of last year). With that production, Tampa Bay looks hard to beat. But keep an eye on Stars’ players Jamie Benn and John Klingberg, who lead Dallas in goals and assists respectively. Puck drops Thursday at 7:30.

*Consider following InBounds on Instagram (@in_bounds) to find the photos and videos that accompany these stories. You might also challenge yourself to take the content quizzes.